Before Gwen Stefani became an international superstar, she was actually a makeup artist.

It’s a little-known fact that won’t surprise many considering her signature red lip, inky black liner and perfectly powdered complexion have been influencing our looks since the early 2000s. And now, returning to her beauty roots (alongside many of her Hollywood alumni) the ‘Hollaback Girl’ singer is launching her very own beauty line: GXVP (pronounced give).

As we’ve seen through her successful fashion label, L.A.M.B, Gwen has a unique set of skills when it comes to translating her own aesthetic into a mass-produced line of products. Which – during a time when celebrities are releasing beauty lines at a record pace – will no doubt set GXVE apart from the rest. ​​“There’s nobody else who could come close to being more authentic about makeup than I am when it comes to doing a line because it’s what I’ve been doing my entire life,” Gwen told WWD. 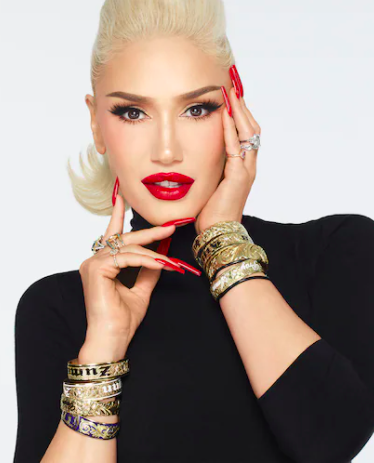 As for what we can expect? The brand’s site reads: “for Gwen, makeup is unleashing creativity and sharing inspiration with a dialled-in community. GXVE is a lineup of elevated classics inspired by her signature looks. Made for any role you want to play.”

The eight product range is set to include matte, satin and liquid lipsticks, including her signature cherry shade, appropriately titled  “Original Recipe.” There are also eyeshadow quads, brow pencils, eyeliners and even a face oil for the skin care enthusiasts.

When will it be available? The cruelty-free beauty line is set to drop online at Sephora and GXVE’s own website on the 3rd of March, with prices ranging from $24 to $48.

Does this drop initially include Australia? That’s TBC, we’ll keep you updated as we know more.

Which item from GXVE are you most excited to try?

Everything You Need To Know About Using Peptides In Skin Care

What Our Community Really Thinks Of The Biggest Cult Beauty Products

Do Vaginas Really Need To ‘Breathe’?